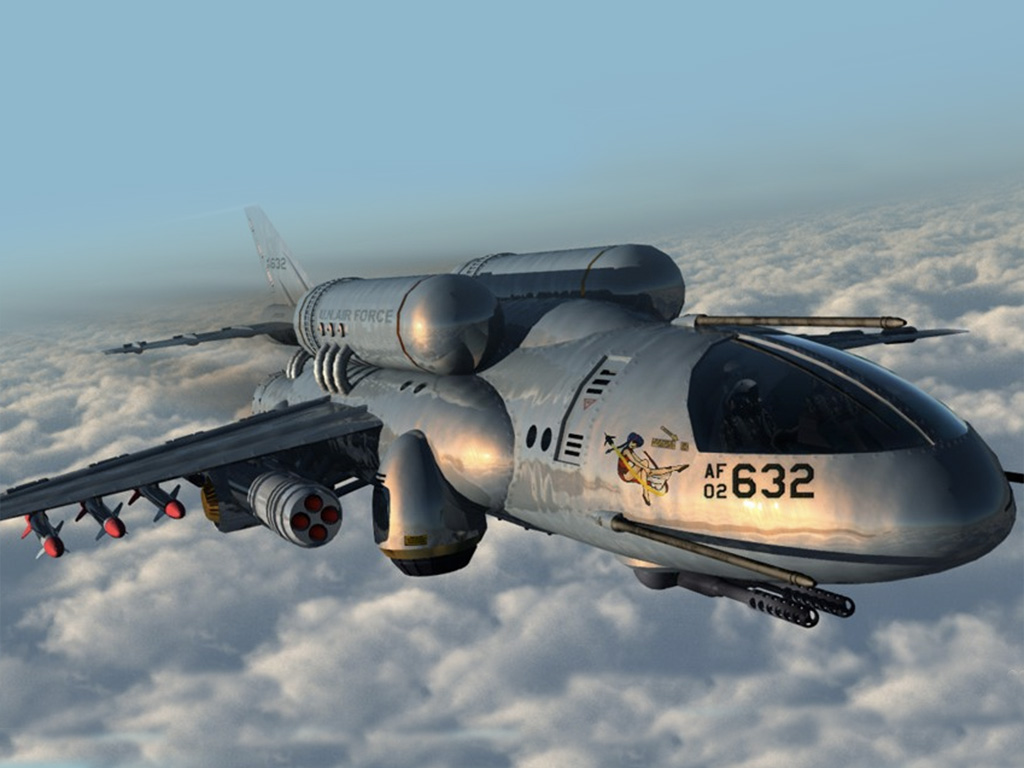 It’s a futuristic, fast attack, heavy bomber. Made in Japan by HCS (Hitachi Combat Systems) for the U.N. Airforce, the ZH-120 is a heavy bomber that is capable of supersonic speeds and can deliver a cadre of laser-guided ordinance from it’s drop bay in the craft’s belly. While not intended for air-to-air combat, the ZH-120 also packs multiple rockets, light missiles and traditional .90 caliber forward guns, so needles to say, the ZH-120 is not one to be messed with. Special thanks to Maruchan for his work on the ZH-120. This model is built to real-world size units and saved as a fully textured .vob file that is compatible with Vue versions 6 and later, though later versions may need some minor texture tweaks.