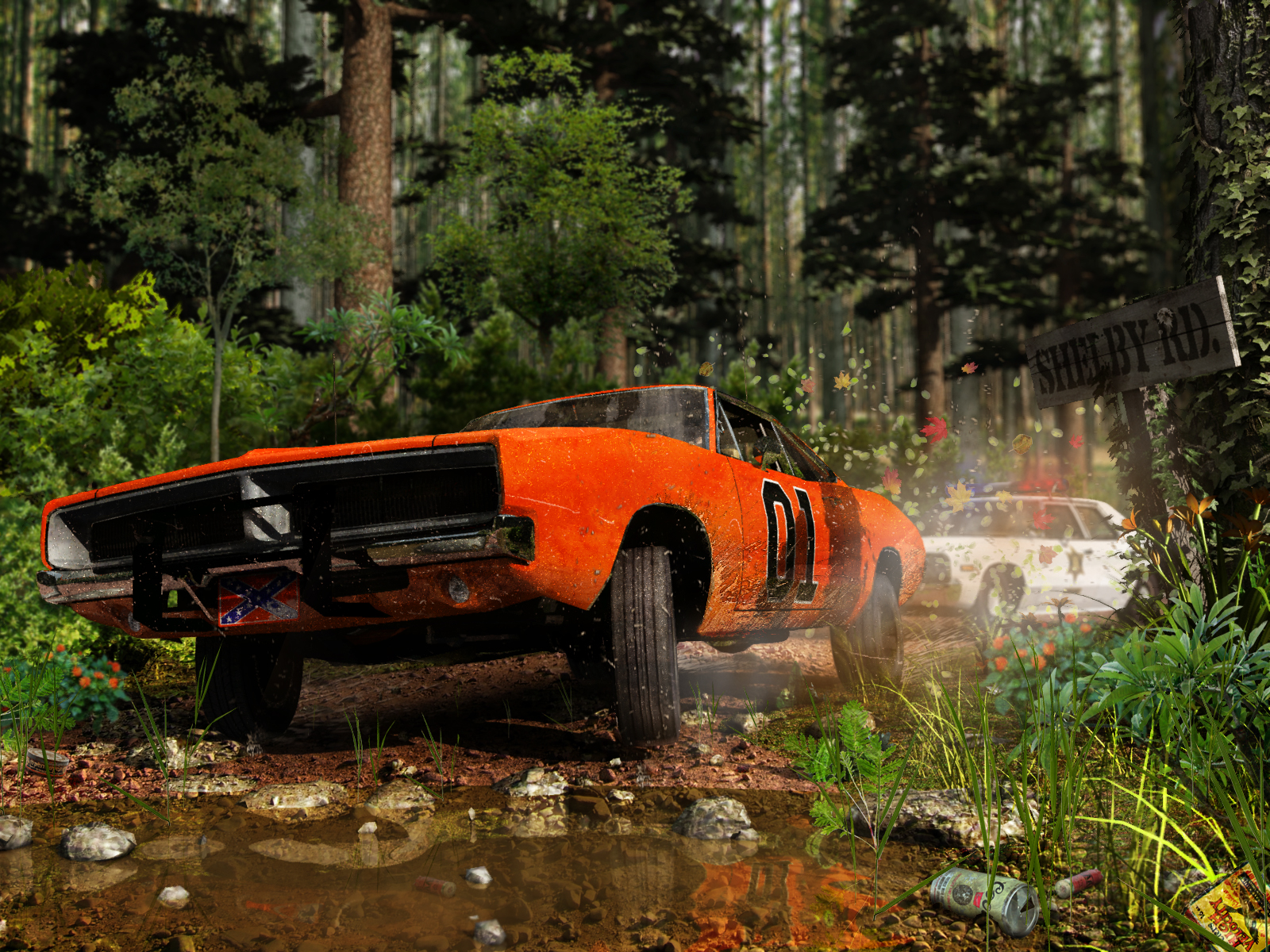 Just’a good ol’ boys. Never meanin’ no harm. Beats all you never saw. Been in trouble with the law since the day they was born… The General Lee from the Dukes of Hazzard TV series is probably one of the single most iconic vehicles in all of television history. From it’s Hemi Orange paint to the rooftop Confederate flag, the General Lee stands out in a crowd. Of course this 1969 Dodge Charger isn’t just a pretty face – it’s got the power to back up it’s looks and tear up the roads of Hazzard County.There were literally hundreds of General Lees produced for the show and hundreds more produced by fans, so there are many, many variants out there, even among the original screen used cars. This model is based on the tightest of the Warner Bros. built cars which were debadged, included shaved side markers and removed body trim. We call it a high-poly model as it clocks in at right around 140k polys give or take depending on your version of Vue. The hood, side doors and trunk all open and the wheels can all be independently moved and there is a detailed interior and engine included as well.