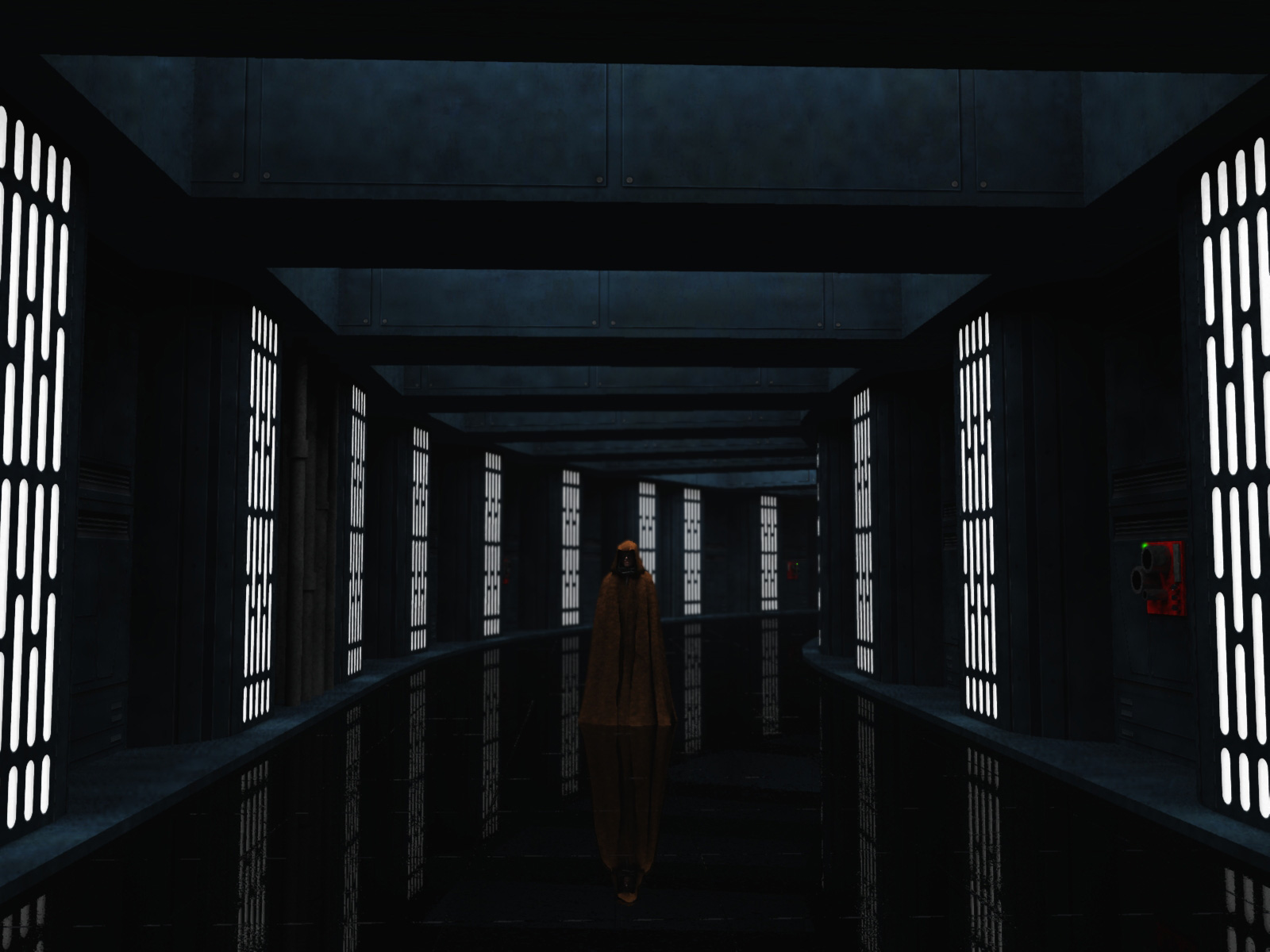 While the Death Star(s) may be considered evil monstrosities, nobody can argue that the station’s cleaning crew didn’t do an amazing job keeping the place clean, especially those polished floors. This set is a very simple, light on resources set that replicates one of the many curved corridors found throughout the Death Star. It’s just long enough to hide the end, but for extended animated shots or what have you, the corridors can be duplicated and placed end to end giving you a extra long run.

The majority of the details are texture based which keeps the ploys low giving you all kinds of headroom for your high-detail models, be they Stormtroopers, wandering Jedi’s or perhaps just one of many service droids making the rounds. This is a basic low-poly model with high-res textures, so it’s light on your scenes, but can still hold up even in relatively close renders. This model has no moving/operating parts. Additional figures and accessories shown for reference only and not included.