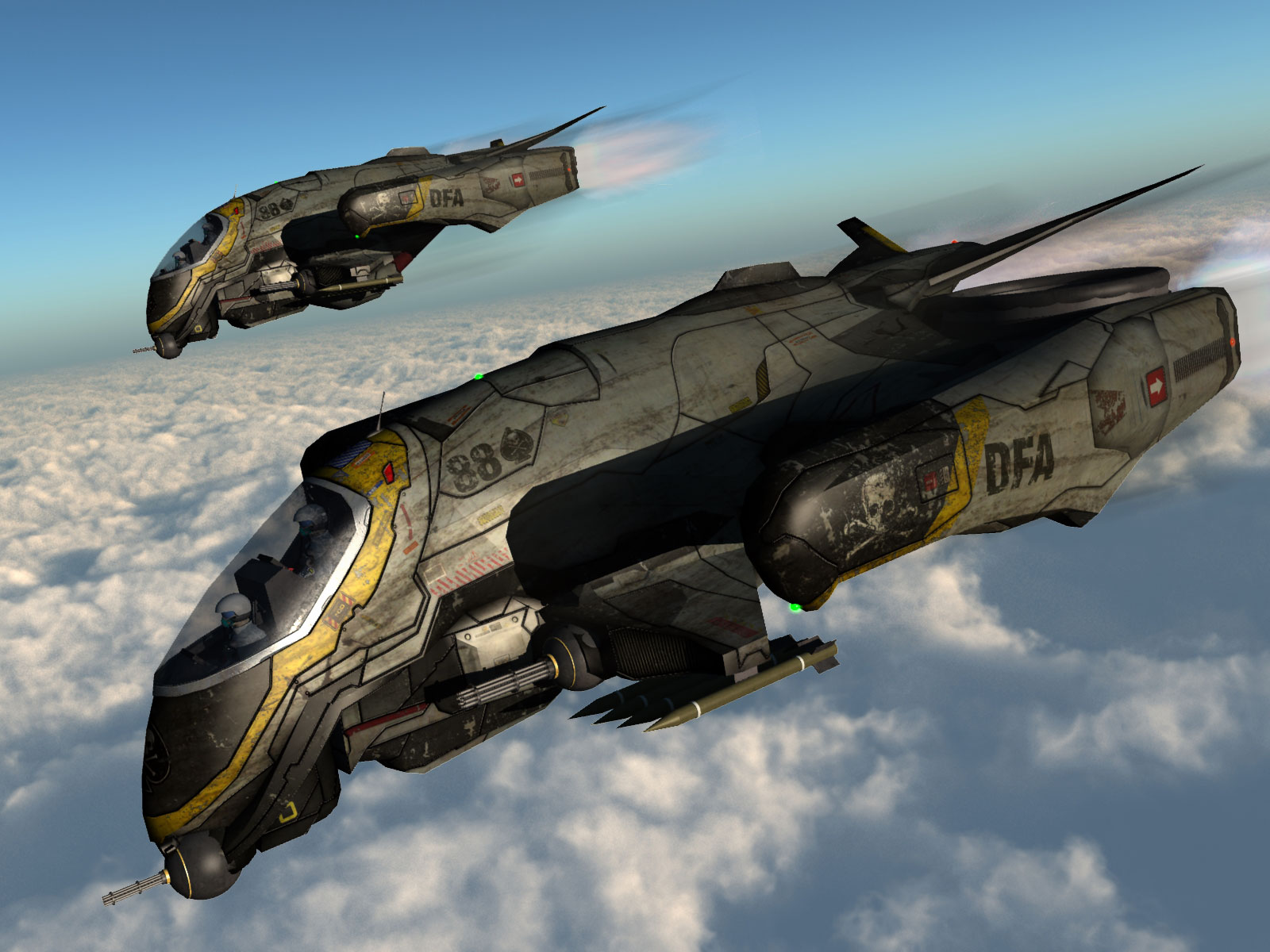 Very much based on the Gunship from Remember me, but with a slightly more near-future/Gundam style and heavier armaments, the DFA-88 VTOL Gunship  is ready to eliminate the threat in your Vue scenes with it’s dual 20mm rotary cannons, nose mounted 7.62mm mini-gun and eight AGM-650 Annihilator precision guided missiles. With it’s massive rear fans and powerful rotating outboard thruster assemblies, the DFA-88 VTOL Gunship can perform equally well in both congested urban environments as well as in open air theaters where fighter jet-like performance is required. With a dual cockpit, the DFA-88 is meant to be crewed by two airmen, a gunner and a pilot, though it can be fully operated by a single pilot if it becomes necessary.

At around 160k, this is a fairly low-poly model with high-res textures, so it’s light on your scenes, but can still hold up even in relatively close renders. The separate highly detailed cockpit group is about 100k, so the main model is right about 60k meaning you can stack up quite a few of these guys for exterior only scenes. The model is provided in two configurations – with landing gear and engines in their respective landed positions and then an in-flight mode with landing gear removed and the engine pods in their high-speed flight position. Both versions include basic rigging for the cockpit canopy, landing gear and engine pods allowing you to easily pose and adjust these elements. As an added bonus, the rockets can be ‘launched’ as well meaning they can not only be selectively posed, but removed or relocated as needed.

This model is supplied as a single textured .vob file that is compatible with Vue 6 and up. Additional figures and accessories shown for reference only and not included.