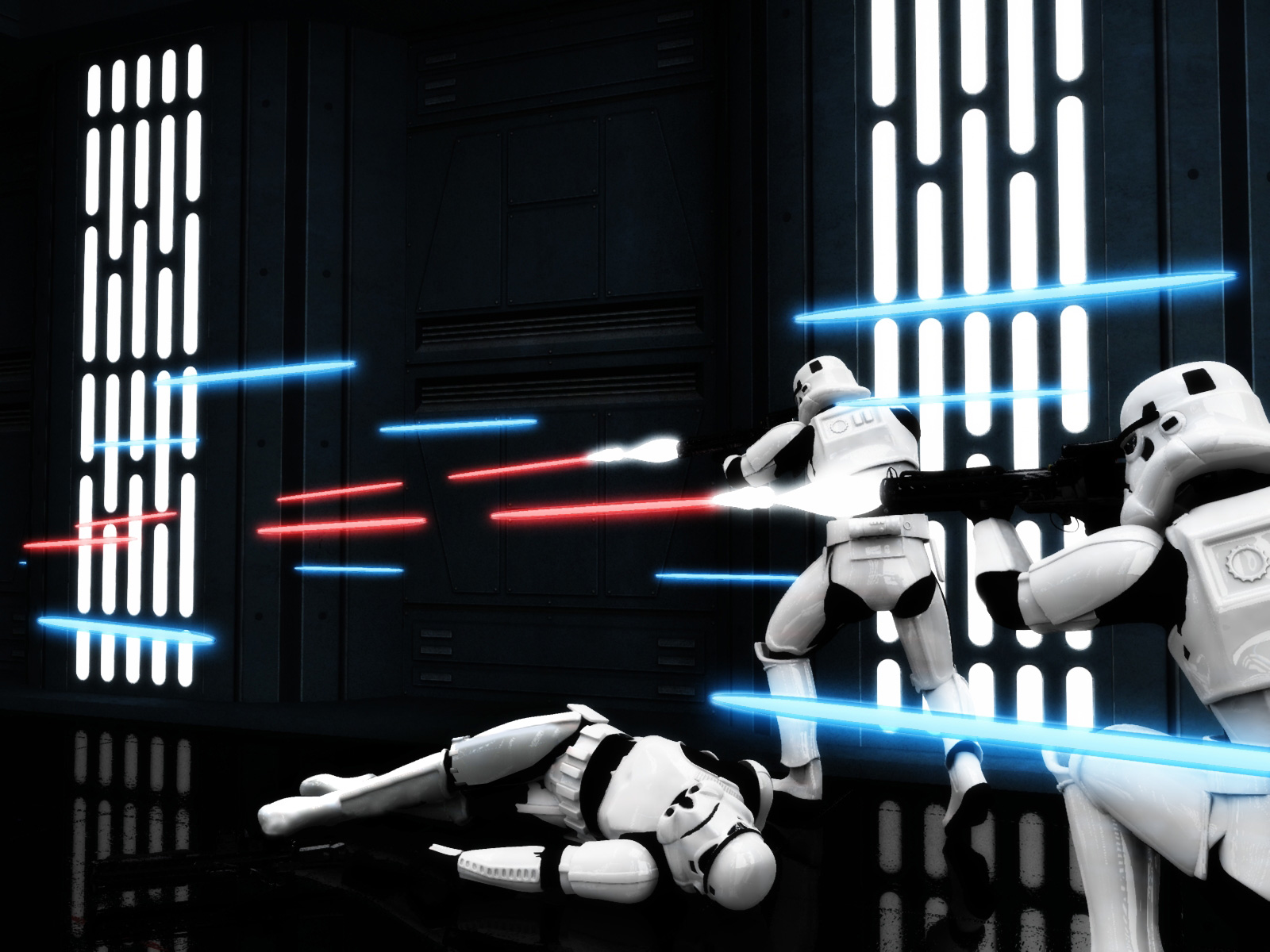 Ever need to fill your scene with laser beams that are flying all over the place, but can’t get them to look just right or maybe tried adding them in post only to have their trajectories end up looking a little off? Ok, so maybe stormtroopers can’t actually hit anything, but with this set they can at least look With this set of Laser Blaster Beams, it’s easy to overcome this problem as you can drop them into your scenes, position them as needed and render without having to go back in and try and post work them as they will be physically accurate lasers that align with your 3D scene perfectly.

Included are six different models saved in a single .vob file – two different blaster flashes and four different beam colors. The beams are built using two concentric beam forms to get that perfect sci-fi laser effect, so you can not only tweak the color and glow of the colored element, but you can tweak the inner white glow element as well. The two blaster flashes can be stacked together, used alone and/or stretched to meet your liking. The models load at small arms size as shown in the previews, but can be easily scaled up for larger armaments on fighter ships as well as heavy capital ship weaponry – just adjust the glow functions as needed. Some scene atmospheres may also require the glow to be increased or dialed back, so don’t worry if they appear too heavy or too light – just tweak them and get the look you want! Additional figures and accessories shown for reference only and not included.