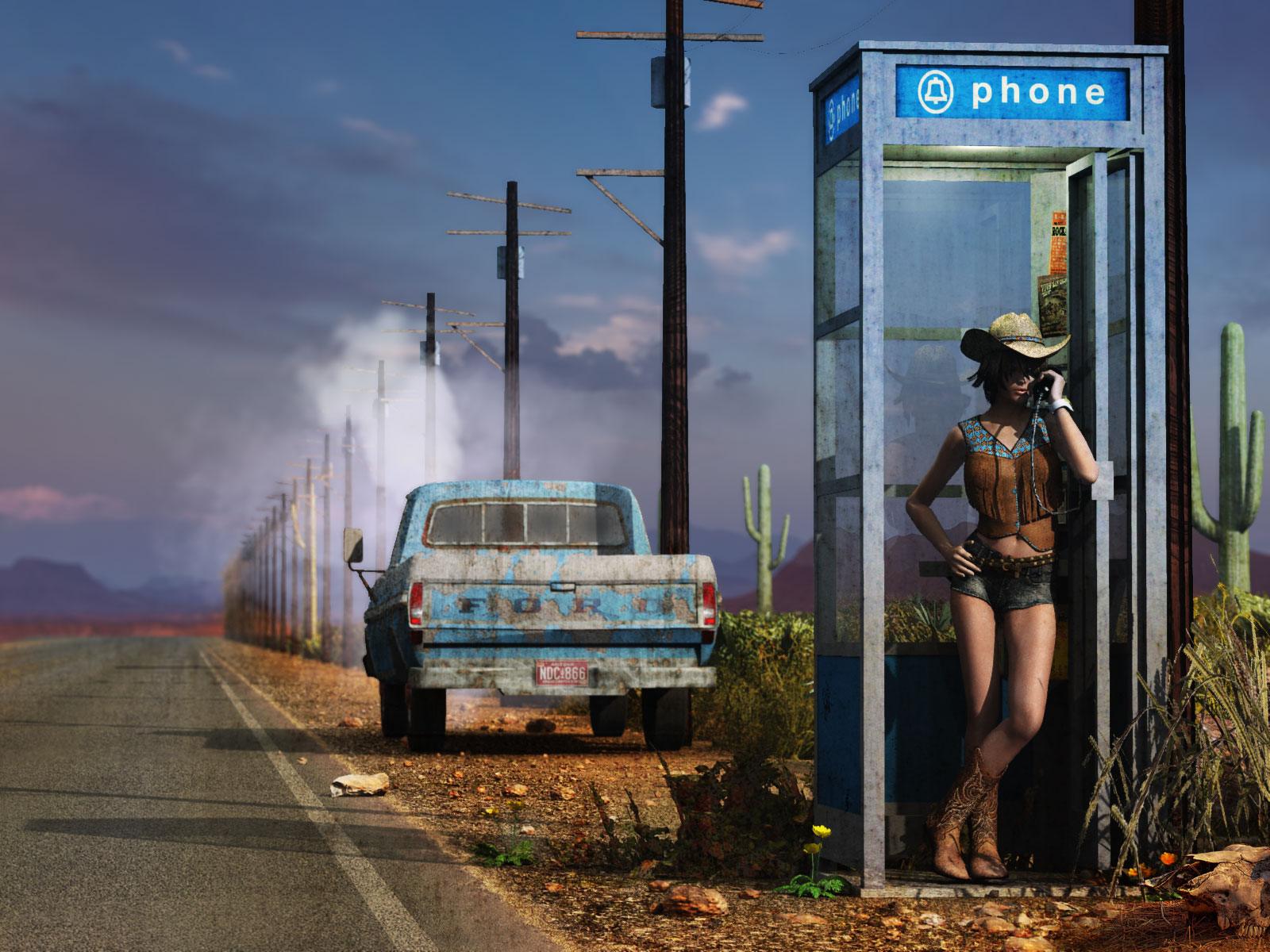 At one time the phone booth was part of everyday life, though in recent times they’re become increasingly anachronistic, reminding of us a time well before people walked around with cell phones. While they may be starting to disappear, in many locales they are still not only present, but well used, especially true in more remote locations where cellular coverage simply doesn’t exist.

Nonetheless, this model is a representation of a classic American style enclosed phone booth which is equally at home in the bog city as it is out along some lost highway. With it’s corner mounted pay phone, illuminated interior and bi-fold doors for privacy, it’s a pretty solid representation of these days gone by. The model includes two sets of doors – one in the open position and one in the closed position. Also included is version of the handset in the cradle and hanging by the cord. The alternate version of these pieces is simply hidden from render, so just make them visible and/or hide the others as needed. The model utilizes 30 original, high-resolution textures, making close up renders a non-issue. All elements can be removed and repositioned as needed.

This model is supplied as a single textured .vob file that is compatible with Vue 6 and up. Additional figures and accessories in artistic previews are shown for reference only and not included.